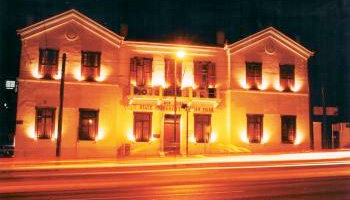 New York College was founded in 1989, and was first accredited by BAC in February 2001.

The College was established with the assistance of the State University of New York, Empire State College to provide Greek students with the opportunity to receive an American university education leading to an accredited degree. Over the years the College’s curriculum has developed so that the College offers programmes from accredited institutions in the USA, England, Switzerland and France.

More recently, it has commenced an MBA programme from the Paris Graduate Management School, an online MBA from National American University (a private university in the US), as well PhD and MPhil programs with the University of Bolton in the UK. The College has opened campuses in Prague, Tirana and Belgrade as well as a campus in Thessaloniki in 2001.

New York College in Athens is licensed by the Greek Ministry of Education as a Centre for Post-Secondary Education, while the institutions in Prague and Tirana are private university institutions.